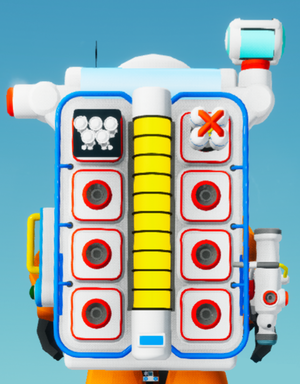 The vertical yellow bar in the center of the backpack is your Power supply.

The most common and consistent method of acquiring power is by generating it. Power can be generated by solar panels exposed to natural light, wind turbines exposed to windy weather, or generators fueled with Resources. Attaching one of these power sources to an object capable of using power will automatically stream power to it, allowing it to run. If the power generated exceeds the amount of power consumed by producers of power, excess power will flow to any networked batteries in need of charging. (See more below)

Once an Astroneer has researched Power Cells, they can be created using the backpack's 3D printer. They act essentially like gathered Power Stacks, being consumed when hooked up to a power network with consumers. Power cells are created fully charged instantly and are helpful in early-game as a space-efficient automatic power source that is mobile and requires no generator.

The following table lists all available power sources and the rate at which they produce power.

† Only the Habitat created by the "drop pod" you land with at the start of the game produces power.

† This refers only to charging speed. The backpack cannot transfer power outwardly, nor can small batteries in the player′s inventory.

†† These numbers are based on the visual representation of bars and columns in small batteries as a metric; the rover display appears larger than it is.

Power is used, or consumed, in various ways. The current ways that power is used are:

Modules that require power only consume it while they are running. When idle they consume no power, but still require to be hooked up to a source of power before the player can activate them. Modules have a consumption of power needed to run at full speed, if the power produced is less than what is consumed, the module will run slower than normal. If no power is being fed to them, they will completely cease all function and will not resume until power is restored.

The following is a table of power consumers and the rate at which they consume power to run at maximum speed.

As an Astroneer adds base modules connecting to their initial Habitat, the flat cabling that connects them creates a network, across which power can flow. How this power flows depends on which type of cable the connections are made of.

Currently the two types of cables are:

Network cables are created by directly connecting Platforms to each other or to the Habitat. When connected with network cables, they share the same power network, meaning any power produced, stored, or brought in via directional cables is evenly split among any and all consumers of power within that network.

No power cables carry Oxygen. Tethers can be used to connect Platforms, but tethers do not carry power except in one specific way: They can feed an Astroneer's backpack, with no distance limit. Theoretically, one can craft a Small Battery, charge it with the Tethers, and place the battery onto a platform, but this is more resource consuming.

All cables display their current available energy compared to the amount of energy being demanded on both internal network cables and side power gauges located on every port on every type of platform.

These Amp sums are just for example; you can multiply them and the gauges will read the same results. 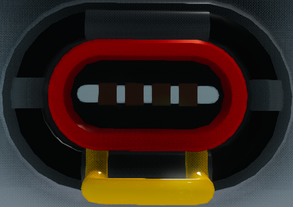 This platform is likely not plugged into anything, or whatever connects it to a power source has been unplugged.

This can occasionally happen in isolated networks if no machines are turned on or working, and no widgets or devices are producing power.

This is the only situation where connecting cables will remain dark and unpowered. 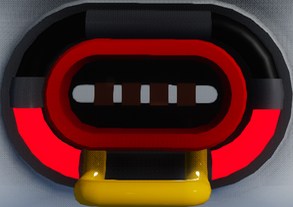 Something attached to this platform is demanding power, but nothing is available to provide it.

Most often this only happens because Astroneer backpacks suck up power before machines can grab it, causing them to see nothing at all.

If not however, this just means the machine or platform cannot find any power-producing widgets or devices.

This is the only situation where connecting cables will color themselves red. 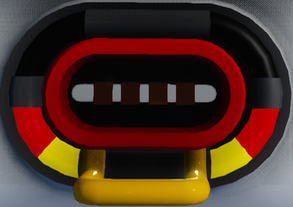 Something is generating power, but only half as much as is being asked for.

This often isn't a symptom of a problem, but simply most generators don't produce the 3A that many modules ask for, leading to unequal demand.

For example, Small Generators only produce 1A each, and Small Solar and Small Wind Turbines only make 0.5A each.

A Mineral Extractor demands 3A power, and a Research Chamber demands 2A. 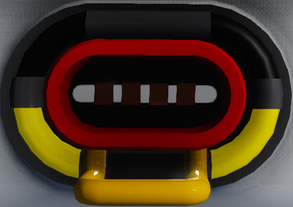 All power that is being demanded is being satisfied perfectly, with no extra whatsoever.

This is actually fairly uncommon, and any network with Batteries will appear to have extra supply even if they aren't being utilized. 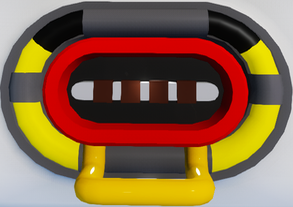 All demand is being satisfied, and a specific proportion of leftover power exists.

This is the best time to turn off one or more organic or coal generators to save energy if no batteries exist to absorb it.

With a 0:>0 ratio, something is generating power, but nothing needs it.